Summer of Sport: The UK’s Most Popular Clubs for Kids in 2021

The past 18 months have seen major sporting events put on hold. But sport came back with a bang in summer 2021. July and August were filled with back-to-back tournaments, from Wimbledon and the European Championships to the Tokyo Olympics and Paralympics.

With 84% of the UK population tuning into this summer of sport, kids and adults alike have been inspired by the nation’s athletes. But how can you help your little one become the next Tom Daley, Laura Kenny or Bukayo Saka?

Most great athletes started out the same way – playing their favourite sport after school or practicing at a local club. That’s why we decided to find out the most popular clubs for kids this term – because it’s never too early to start investing in your children’s future.

So, how has the sporting summer impacted the demand for access to kids’ activities? 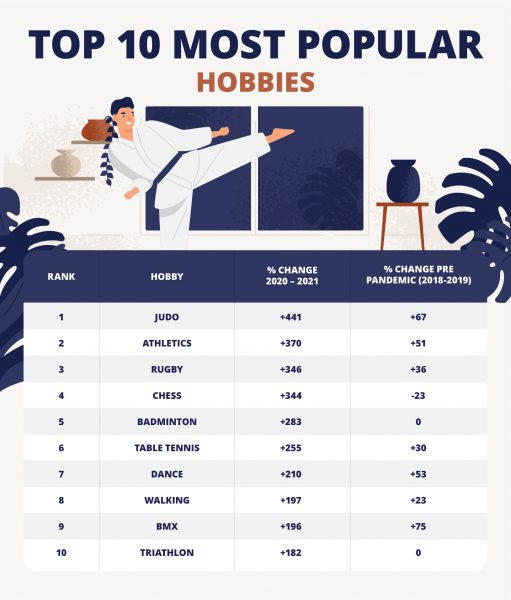 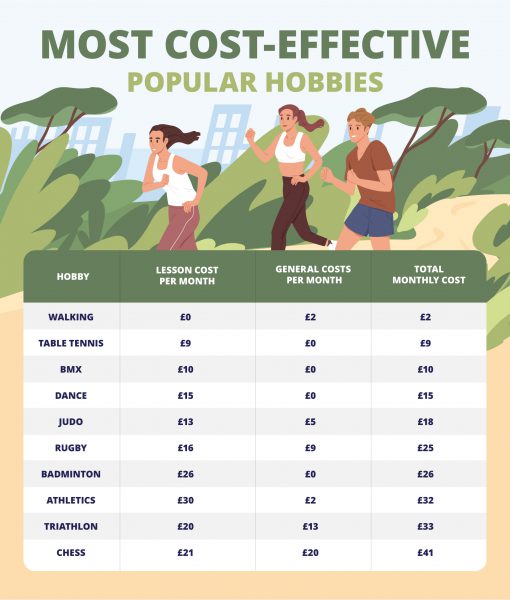 Most Popular Sports Clubs for Kids

Judo claimed the top spot in search volume rankings, as searches for “judo clubs” in July/August 2021 increased by an impressive 441%. In fact, martial arts proved pretty popular overall this summer with searches for “learn taekwondo” up by 161% and “judo for juniors” by 50%.

It seems that Britain’s three winning medals in Taekwondo at the Tokyo Olympics were enough to inspire a whole new generation of martial artists.

And as young girls and boys watched Team GB win their first gold medal for the triathlon mixed relay, searches for “athletics clubs” skyrocketed, earning an average search volume of 10,100. That’s a 370% increase on 2020.

Other related search terms, such as “triathlon for juniors”, “triathlon clubs” and “athletics” also soared – up by 380%, 80% and 35% respectively.

For young rugby fans, the Summer Internationals saw England crowds return to Twickenham Stadium once again. And so, searches for “rugby clubs” soared to 346%, while “learn rugby” searches were up by 67%.

Other ball games liked handball, softball, netball and basketball also benefitted from the summer of sport, with searches between 2020 and 2021 increasing by at least 120%. Let your kids choose a pair of colourful trainers for a few games in the playground – they’ll be pros in no time.

Dance clubs received a boost this summer with searches up by 210% compared to 2020. So, pick a pair of comfy canvas plimsolls and help your little one practice their two step.

Similar sports such as ice skating, trampolining and gymnastics also gained popularity. “Learn ice skating” and “ice skating lessons” had more than 1,800 searches between them in the summer of 2021 – an increase of around 100% compared to 2020. Just make sure your little one has cosy slippers in their bag for when they’re not on the ice.

What about non-sporting clubs?

Sports weren’t the only clubs trending during the 2021 summer. Searches for “chess clubs” also saw an increase in July and August 2021 of 344%, continuing the competitive spirit of the season. 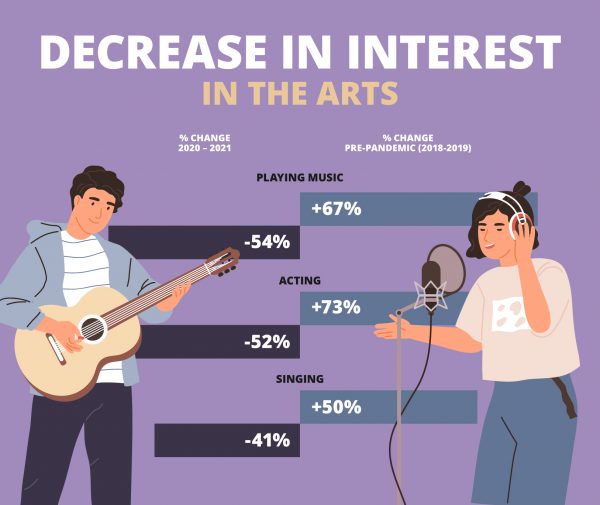 While searches for “arts and crafts clubs” rose by 67% in 2021, the summer of sport did take its toll on other arts. “Book clubs” saw a 27% decline in searches after a year of being stuck indoors. “Singing lessons”, “music lessons” and “acting lessons” searches were also down by 33%, 40% and 43% respectively.

But as theatre performances and live concerts start to appear across the country, these numbers could start to increase going forward.

With travel restrictions to some countries still ongoing and many holidays abroad postponed until next summer, it seems that learning languages has become less of a priority for extracurricular activities.

“Learn foreign language” only had around 210 searches in July and August, down by 28% from 2020. Search for “foreign languages” also decreased by 39% in 2021. This might change as travel starts to pick back up.

Whether your little ones are looking to join an after-school club or start playing sports, it’s important they have the right equipment, clothing and footwear. Shop Shoe Zone’s full range of kids’ shoes so they feel comfortable and confident trying out a new activity this term.

The best shoes for camping with friends and family

What to Wear with Leopard Print Shoes: Your...

The best shoes for home workouts

Platform Shoes: Your Guide To Style, Comfort And...

Shoes for a Job Interview: How to Choose...

The Best Boots For Over 40s: Style Advice...